I never believed that I would arrive to celebrate my mother’s 80th jubilee (and after 80 I believe each year is the jubilee) without her on earth. I love you all so much, thank you for supporting and being with us… Especially Yuri, my boys and our hosting family, all five of them! But, still, the sorrow of losing my mom in her body is a sharp pain… And this year her jubilee was the second day of Pesach – Passover 30 and 31 March.. We lighted candles for her and for us and for all living beings on this planet

Sunday, 1st April was Western Easter and 8th of April, was Russian Easter.. 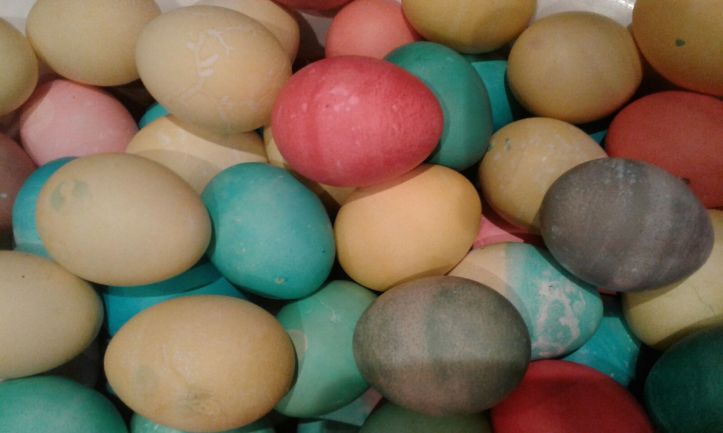 my mom, Jewish, was more as Leo Melamed’s family – not religious but totally Yiddish.. most likely she felt this prohibited Easter in communist USSR has to be honored as a universal sign of our rebirth and rejuvenation in any Spring. And Spring has to be every day in our life. Our younger reader maybe doesn’t even know what the USSR is… well, my mother always tried to take me to this nighttime, almost magic, service.. and I had to be dressed as an adult, pretending to be older than sixteen years old.. this was she.. breaking the rules and at the same time admiring and worshipping those who were bringing our civilization higher… Ernst Hemingway.. Erich Maria Remarque.. Sergei Yesenin.. Konstantin Paustovskiy.. her and my father’s most loved writer was Antoine de Saint-Exupery….

If you read this post that means we are on the same planet, and we are here to help one another to evolve! And we will do, and will persist, and will succeed! No matter how hideous our enemies, we will win!

31 March, my Heavenly Luminous mother, you are burdened no longer with your body and your earthly fetters… Fly, my Luminous! Everlasting memory! 80 years ago, in Odessa, you appeared – a small and auburn spring borne of Spring. The first fears of your infancy… craters… then the war… and then the Gestapo rips you from the hands of great-grandma… the neighbors from the third yard reported that you are the daughter of a “communist Jew”.. then Grandma – bless her enterprising spirit, character – due to the tractability of the Romanian Nazis you were ransomed.. for two years you were hid in a village.. in a manger..
Then grandma’s fictitious marriage, fictitious documents and a short happy sliver of living at home.. your father’s mother and her sister were already burned.. alive.. as so many more.. but you, auburn and cheerful, quickly move away from your confinement and the sitting in the dark.. you stroll along the Primorskii Boulevard with a nanny of the Froebel teaching system, you speak German.. and a new misfortune, described in grandma’s letter to grandpa: “Vladimir, we are leaving. The Germans are coming [back]. These are not Romanians. Our documents will not help us anymore. We are leaving to Bucharest first. I married, don’t mind, it was needed. I had to save the child and I did. Your mother and my mother died. I love you. Find us.” With you traveled grandpa Vasya, the beloved and very kind father of your mother, Katya..
In Romania, the Red Army arrive quickly and you find out that your father Vladimir is alive! The documents to South Africa are put aside and back on the road, home, to the loved one. Your 7 year from birth in 1945.. where did you celebrate, in Odessa, in Bucharest? I know for sure that on the 9th of May you were in Odessa and you wrote and always said that it was the best day of your life, except for my birth. However, you said that, in the aftermath, the 9th of May was after all the most bright, ha-ha.
On the 1st of September 1945, the war over, you go to your first day of school. And your interminable friend, Svetlana “Bilochka”, now my friend too, remembers of you – how you came smartly dressed, fashionable, with a nursery-governess and in Romanian gaiters..
And now again the same neighbors from before report to the NKVD that grandma worked during the occupation and not only – she was a director of a combine for oil and fat production..
On the 2nd of September 1945… all of you are in your apartment, so far unheated, but soon… on Karl-Marx St., 2, or Ekaterininskaya as you, whispering, called it all your life. Grandma teaches you to peel potatoes.. and now come once again men in uniform.. the uniforms changed, but the evil in their beings was continuous.. “execution, 25 years”…

Somehow grandpa is able to hire a lawyer from Moscow. Grandma’s given “only” 10 years. Her case was helped by some of the Odessan guerrillas coming and testified that without the spirits and oils, with which risking her life she continually equipped them, they would not have survived. Well, that’s what the Stalinist hero star is… But grandpa Vasya wasn’t saved, the fact that he hid Jews and other refugees in basements doesn’t count.. he died in a Stalinist concentration camp near Belaya Tserkov.
Now Stalin has a sudden impulse, everyone is released.. and grandma returns home.. but you can’t live in big cities. After tormenting months of hiding in the apartment, you decide to move to Nalchik. In the Caucasus you bloom, you become the best student in your class.. you miss father, but he will come soon.. and you are given a voucher for a trip to Artek! .. And here… a new purge.. grandma is arrested.. you are thankful all your later life to the officer of the NKVD who allowed you to send a telegram to grandpa in Odessa: “Natasha is sick.” This is enough.. to those who did not live in those years this simple phrase might not be understandable.. the officer risked his career and even his life.. if not for that telegram you would have been taken to an orphanage, they could have changed your identity.. you could have been lost from your parents.. but grandpa left immediately.. airplanes weren’t available then .. and you in fear, grief.. in school you were instantly ostracized and you hung yourself.. your neighbor, Marat, saved you.. Another thank you.
You will only see your mother when you finish 10th grade.. you already have a younger sister, Tanya… Stalin died and grandma was released before time, “only” serving 8 years.. scurvy and other diseases from the camp stayed with her for the rest her life..
But you hold strong, you are stunningly beautiful, airy, unimaginably well-read.. Unfortunately, you adhere to grandpa’s forbiddance and refused to apply to the Leningrad State University for literature.. All your life flying forward, poems, literature, friends, wine, somewhere on the periphery the Soviet regime, work..
And now the meeting with papa.. 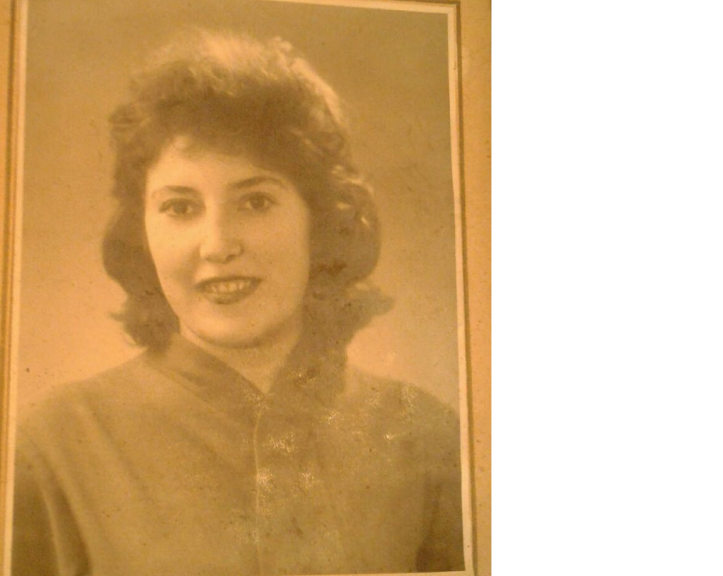 After all, we were very busy – we give birth to 6 grandchildren and do business. More precisely we attempt – constantly returning to trading.. all of this because on the 19th of May 2000 I listened to you and drove to “grandma” Zhenya, who made dinner and was waiting for us, alone. The 18-month old Herman, our first, was sleeping soundly. “Grandma” Zhenya was 85 years old – to postpone or make her wait is unthinkable. And I drove.. the Carabinieri were searching for the body of the baby until 4 in the morning. Only when Yuri returned (you spoke almost nothing of Italian) did we find out that our boy was home.. and I was in a coma for 20 days after the crash.. Yuri urgently flies in from Moscow on the next day… This is how you saved Herman and paved the way for the birth of Teo, Giovanni, Giorgio, Numa, our Belgian and, last but not least, Matthew, our little Bahamian…
In 2003 we part.. you decide to live independently, using the German offer of the living essentials minimum.. you seek independence from us and do not agree with my egregious callousness to everything that is not my family or business.. that is to say, financial trading.. I rave.. don’t understand.. with short interruptions we meet many times.. it is especially easy when we live in Brussels because you are close, in Bremen.. 12 years of living apart, with only visits.. Herman’s 10 years we celebrate together in Bangkok.. everything is alien to you there, and you are happy when the month of visa is over, and you return to Bremen.. and now another visit.. we did not think it was the last.. it was here, in the Bahamas…
31 March 2015 – mommy, you are 77.. our last Birthday together.. how you were happy with the Caribbean bouquet, picked by Yuri and me.. and presents from each of your 6 grandchildren – small, handmade masterpieces, overfilled with love… and at night a feast and your favorite Napoleon cake, baked by me for you… and, as always, infinite happiness…
11 April, a Saturday, at 6:30 am a policeman will ring the door of our very closed, quiet home… You survived everything, but not this….. UBS bank Bahamas, but more accurately a gang of greedy and unscrupulous criminal people ruined you and continue to torment us… the doctors said you need serious treatment.. you returned to Germany and in 7 months you were no more… again a 7… your seven.. it’s sad without you, dear Mommy.. empty..
Thank you for that reserve of optimism and boisterousness that you endowed me with. For that belief in Light, which you always carried, even in the midst of the Soviet regime – where everything seemed rotten, you could start shining.. and now you are in the Eternal Brightness, and we are here, on Earth, doing what we have to to defend our memory of you, justice and truth.
Kisses, dear!
Happy Birthday!