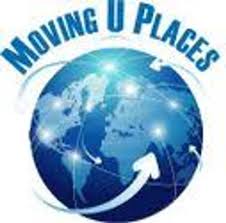 Friday was quite a day. We can’t complain, as 50% is still a victory. But it is really bitter – what happened in substance is that we filed one affidavit a year ago where all the points were addressed, and we thought that if it will go to the petty details we can address them with hearsay evidence (Note! the same which was considered by the Supreme Court Judge and consequently we were violently evicted). After all, it is just about orders of service.

Well, notwithstanding the whole absurdity of hanging on pure technicalities, the respectful registrar did not feel comfortable to accept our hearsay evidence. And so the orders of service against John Delaney QC (not greatly benefiting that title) and Miguel Knowles, the storage owner, the wife, were dismissed. We have entered two judgments in default against the husband and the company itself.

UBS, the First defendant, filed the defence, as unsustainable as all the pleadings issued up to now. We will take care of it when the time will come.

But I was thankful, on this day, right after Thanksgiving in the USA. We had at least something and the door is open. I always remember my ancestors and how they were thrown out without anything, without any justice, straight to their death. In the Holocaust. It is in the memory and honor of such victims that I can’t allow myself to emotionally explode against the UBS gang, as they can and will be defeated in the modern legal system, especially thanks to the US Justice system which will provide such a path to justice.

Our deep thanks, as always, to our special editor.

Thank you for reading, sharing supporting,